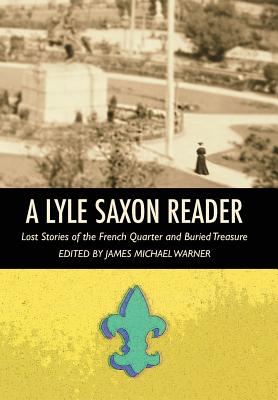 Second-place winner of the 2019 IndieReader Discovery Award for Fiction First published 1919-1923 in the New Orleans Times-Picayune newspaper, the thirty-nine tales that comprise this volume include short stories, preservationist essays and character sketches of the author's beloved city. Most of the works in this book have been out of print since they were originally published. In this rediscovered collection of Lyle Saxon's early short stories and character sketches, readers will take great pleasure in seeing in print for the first time in nearly a century some of the author's early classics such as The Last Reunion and Who Would Hunt for Spanish Doubloons and Pieces of Eight? Also among the stories in this volume are metaphorical visions of Saxon's childhood, when Saxon was abandoned by his father and raised by his mother and grandparents. He draws other stories from contemporary headlines or images of antebellum gentility. In each, Saxon pays special attention to the odd quirks expressed by that most-honored of New Orleans species, the French Quarter character.

This feature require that you enable JavaScript in your browser.
END_OF_DOCUMENT_TOKEN_TO_BE_REPLACED