The Look-Alike: A Novel (CD-Audio) 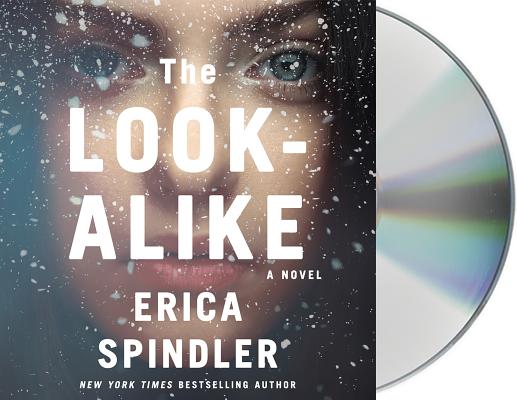 From Erica Spindler, the New York Times bestselling author of The Other Girl and Justice for Sara comes The Look-Alike, a thrilling psychological drama about a woman who believes she escaped a brutal murder years ago—but does anyone else believe her?

Sienna Scott grew up in the dark shadow of her mother’s paranoid delusions. Now, she's returned home to confront her past and the unsolved murder that altered the course of her life.

In her mother’s shuttered house, an old fear that has haunted Sienna for years rears its ugly head—that it was she who had been the killer’s target that night. And now, with it, a new fear—that the killer not only intended to remedy his past mistake—he’s already begun. But are these fears any different from the ones that torment her mother?

As the walls close in, the line between truth and lie, reality and delusion disintegrate. Has Sienna’s worst nightmare come true? Or will she unmask a killer and finally prove she may be her mother’s look-alike, but she’s not her clone?

New York Times bestselling author Erica Spindler has written many novels, including Breakneck, Blood Vines, Watch Me Die, Bone Cold, In Silence and Last Known Victim. Her books are published in 25 countries. Raised in Rockford, Illinois, Spindler planned on becoming an artist, and earned visual arts degrees from Delta State University and the University of New Orleans. But one day in 1982, she picked up a romance novel and was immediately hooked. She soon tried to write her own romance, but it was when she leapt from romance to suspense that she found her true calling. Spindler has won the prestigious Daphne du Maurier Award for excellence, the Kiss of Death Award, and has been a three-time RITA Award Finalist. She lives just outside New Orleans, Louisiana, with her husband and two sons.

Tavia Gilbert has recorded hundreds of titles across a wide span of genres, including Erica Spindler romantic thrillers, John Scalzi science fiction, Jeaniene Frost fantasy.  She received four Audies nominations and won three Audiofile Earphones Awards for titles The Obituary Writer, Sing Them Home and The Day of the Pelican.  In addition to voice acting, Gilbert is an accomplished producer, singer and theater actor.

This feature require that you enable JavaScript in your browser.
END_OF_DOCUMENT_TOKEN_TO_BE_REPLACED