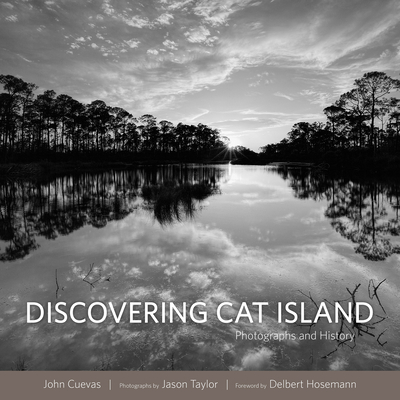 Cat Island, just off the Mississippi Gulf Coast shoreline, has been home to some of the most dramatic events and remarkable stories in the nation's history. While some of these stories are fact, others are colorful fables passed down through the ages with such conviction they have become true in the hearts and minds of many. Between fact and fiction is the undeniable reality: Cat Island is one of the most historically significant landmarks on the Mississippi Gulf Coast. Featuring over 160 black-and-white photographs by Jason Taylor and a foreword by Mississippi's Secretary of State Delbert Hosemann, John Cuevas's Discovering Cat Island guides readers through Cat Island with stories and histories of twenty-nine sites--both real and imagined--of the legendary barrier island. Originally owned by the Cuevas family as part of a Spanish land grant to Juan de Cuevas in 1781, Cat Island boasts a colorful history that includes events related to the notorious pirate Jean Lafitte and the outlaw James Copeland, both of whom were thought to have buried their stolen treasure somewhere on the island; the Battle of New Orleans; and the War of 1812. The island served as one of the staging areas for the Seminole forced to abandon their homes and take part in the Trail of Tears. In the twentieth century, the island was a convenient transfer point for gangsters and local bootleggers shipping booze during Prohibition before becoming a US military training camp site during World War II. In 1988, Cat Island became the location of the first oil drilling ever in the Mississippi Sound and in 2010 was one of the islands devastated by the BP Deepwater Horizon oil spill.

John Cuevas served as creative director of his own advertising firm in Atlanta for over twenty-five years, where he won gold awards in radio, television, and print advertising. Jason Taylor is an artist, photographer, and environmentalist whose work is inspired by his passion for the outdoors and the Mississippi Gulf Coast.

This feature require that you enable JavaScript in your browser.
END_OF_DOCUMENT_TOKEN_TO_BE_REPLACED