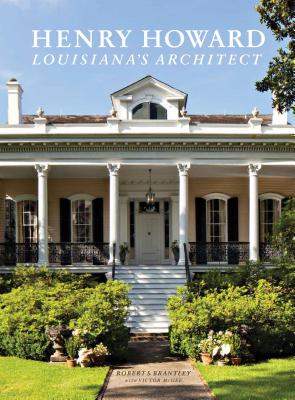 Few nineteenth-century architects ventured far from the pattern-book styles of their time. One architect not constrained by tradition was the Irish-born American Henry Howard, who started as a carpenter and stair builder in 1836 New York and arrived in New Orleans the following year, soon establishing a reputation for distinctive designs that blended American and European trends. His career gained momentum as he went on to design an extraordinarily diverse portfolio of magnificent residences and civic buildings in New Orleans and its environs.

Henry Howard is a lavishly produced clothbound volume featuring hundreds of contemporary and archival images and a comprehensive analysis of his built work. The first book to examine the forty-year career of the architect, Henry Howard establishes a clear lineage of his aesthetic contributions to the urban and rural environments of the South.

Princeton Architectural Press co-publishes Henry Howard with The Historic New Orleans Collection: a museum, research center, and publisher dedicated to the study and preservation of the history and culture of New Orleans and the Gulf South.

Robert S. Brantley is a New Orleans–based architectural photographer whose work has appeared in numerous design magazines and books about New Orleans

"Henry Howard: Louisiana's Architect affirms his [Howard's] significance, and argues for the elevation of his name in American architectural history." - Hyperallergic

"Henry Howard: Louisiana's Architect affirms his [Howard's] significance, and argues for the elevation of his name in American architectural history." - Hyperallergic

This feature require that you enable JavaScript in your browser.
END_OF_DOCUMENT_TOKEN_TO_BE_REPLACED