Margaret McMullan Speaks and Signs "Where the Angels Lived" 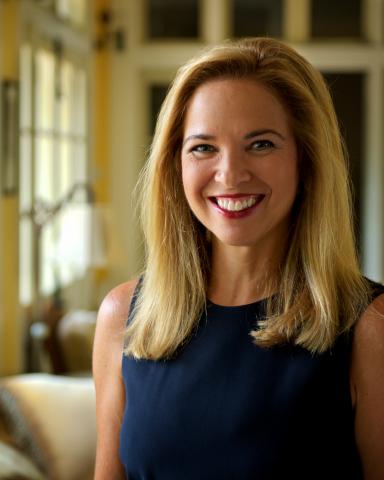 Hear author Margaret McMullan as she speaks about Where the Angels Lived: One Family's Story of Exile, Loss, and Return  on Tuesday, August 10th at 11:30 at the Bay St. Louis Library. Pass Books will be onsite to offer the speaker's books for sale.

The moment she discovers the existence of Richard, a long-lost relative, at Israel's Holocaust Museum, Margaret McMullan begins an unexpected journey of revelation and connectivity as she tirelessly researches the history of her ancestors, the Engel de Jánosis. Propelled by a Fulbright cultural exchange that sends her to teach at a Hungarian University, Margaret, her husband and teenage son all eagerly travel to Pécs, the land of her mother's Jewish lineage. After reaching Pécs, a Hungarian town both small and primarily Christian, Margaret realizes right then and there how difficult her mission is going to be. Heart-wrenching, passionate and insightful, Where the Angels Lived by Margaret McMullan beautifully documents the relentless determination of a woman picking up the pieces of her family's fragmented history throughout the Hungarian Holocaust.

"Margaret McMullan has written a beautiful and heartrending account of her pilgrimage to Pécs, Hungary in the hope of retrieving what she can of the story of a distant (Jewish) relative, lost in the Holocaust. Written with her usual vividly realized, emotionally engaging prose, in which Margaret emerges as a protagonist with whom the reader identifies, Where the Angels Lived is a powerful testament of familial mourning as well as a vision of 20th century European history that is both searing and uplifting."  - Joyce Carol Oates

Margaret's essays have appeared in USA Today, The Washington Post, The Huffington Post, The Los Angeles Times, The Chicago Tribune, The Boston Herald, Glamour, The Millions, The Morning Consult, Teachers & Writers Magazine, The Montréal Review, National Geographic for Kids, Southern Accents, Mississippi Magazine, and other periodicals. Her short stories have appeared in Ploughshares, Deep South Magazine, StorySouth, TriQuarterly, Michigan Quarterly Review, The Greensboro Review, Other Voices, Boulevard, The Arkansas Review, Southern California Anthology, The Sun and other journals and anthologies. The recipient of an NEA Creative Writing Fellowship and a Fulbright professorship in Hungary, Margaret has served as a visiting writer at Converse College, Eastern Kentucky University, Millsaps College, WordTheatre, and Stony Brook Southampton's Low-res MFA Program in New York where she also taught on the summer faculty. She was the Melvin Peterson Endowed Chair in Literature and Creative Writing at the University of Evansville, where she taught for 25 years. She writes full time now in Pass Christian, Mississippi. Connect with her online at www.margaretmcmullan.com. Follow her on Facebook, Instagram @MargaretMcMullan; and Twitter @MargaretMcMulla.

Where the Angels Lived: One Family's Story of Exile, Loss, and Return (Paperback)

This feature require that you enable JavaScript in your browser.
END_OF_DOCUMENT_TOKEN_TO_BE_REPLACED